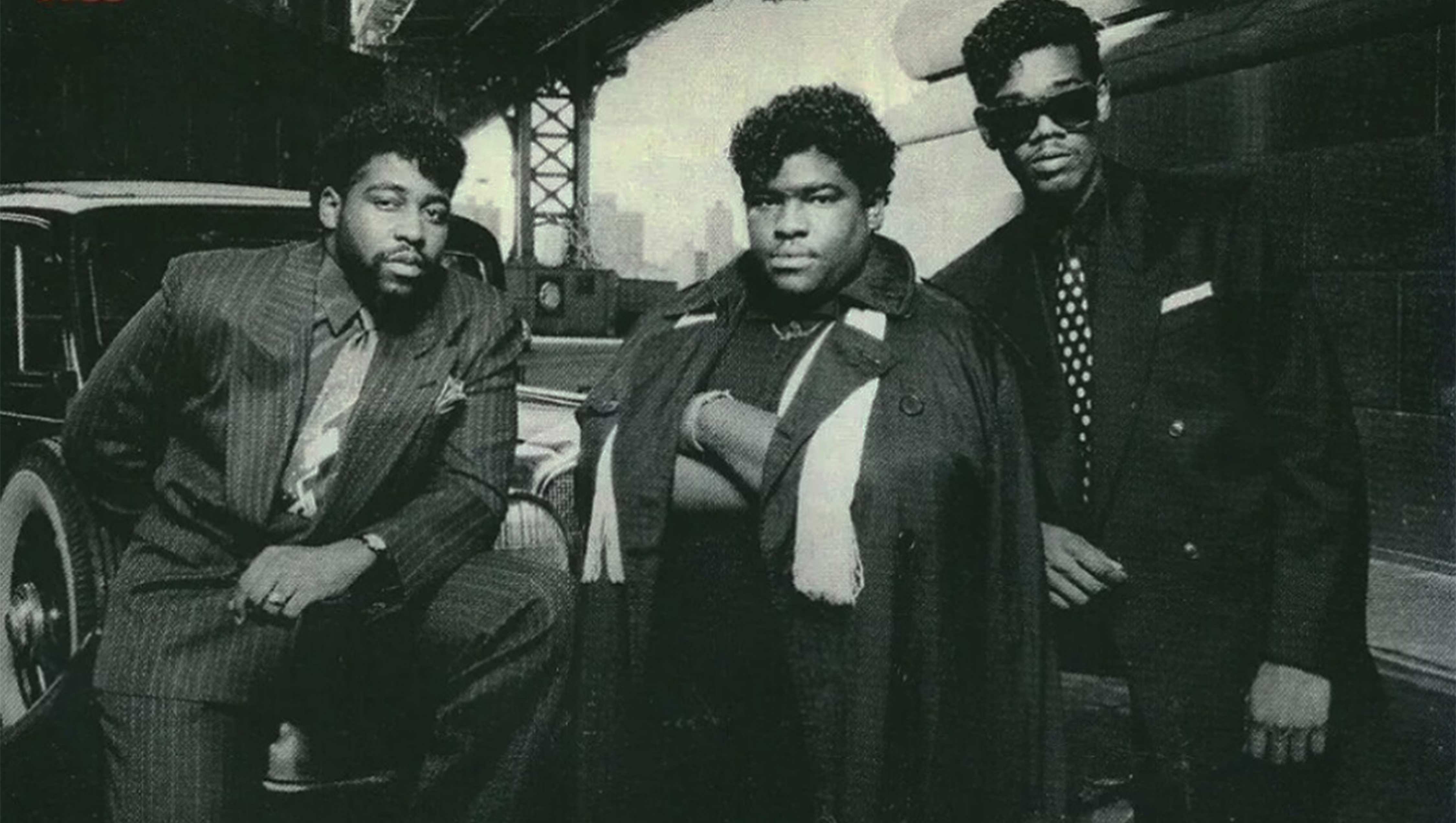 The mid 80’s and 90’s were great years for R&B/Soul music and produced some of the most beloved and talented male groups. And during that time, one of the most successful and endearing powerhouses was the R&B trio LeVert.

Formed in Cleveland, Ohio in  1984, LeVert was a dominant force on the music charts and created a successful blueprint for urban male groups. The trio’s formula of combining soulful ballads and up-tempo beats with catchy hooks produced a dynamic catalog of music to be enjoyed for many years to come. The original group was comprised of Marc Gordon, Gerald and Sean Levert. The trio hit popular mainstay through urban radio delivering a string of HOT albums such as Bloodline, The Big Throwdown, Just Coolin, Rope a Dope Style, For Real Tho and Whole Scenario. LeVert racked up hit singles such as (Pop Pop Pop) Goes My Mind, Casanova, which earned the group a grammy nomination, My Forever Love, Pull Over, Baby I'm Ready, All Seasons, Addicted To You, featured in Eddie Murphy’s hit movie, Coming To America, Livin For The City/For The Love Of Money, featured in Wesley Snipes classic New Jack City, which they also cameoed in, singing around the fiery garbage can and “Just Coolin” the first R&B group song to feature a rapper, Heavy D.

The group’s founding members, Marc and Gerald always knew that music was their destiny and LeVert became its own reckoning. The group would spend long days and sleepless nights in the basement writing songs, recording and practicing their dance moves but LeVert’s road to stardom was not paved with industry hook-ups or doors that magically flew open because of their name, in fact, the group was turned down by every label Gerald’s father, Eddie Levert, presented it to… but the young LeVert group remained focused on making that dream, a reality. Tired of the rejection from major labels, Eddie decided to push the guys independent, so he teamed up with a good friend & former Philly International Records Exec, Harry Coombs and released the first LeVert album “I Get Hot” on Tempre Records. 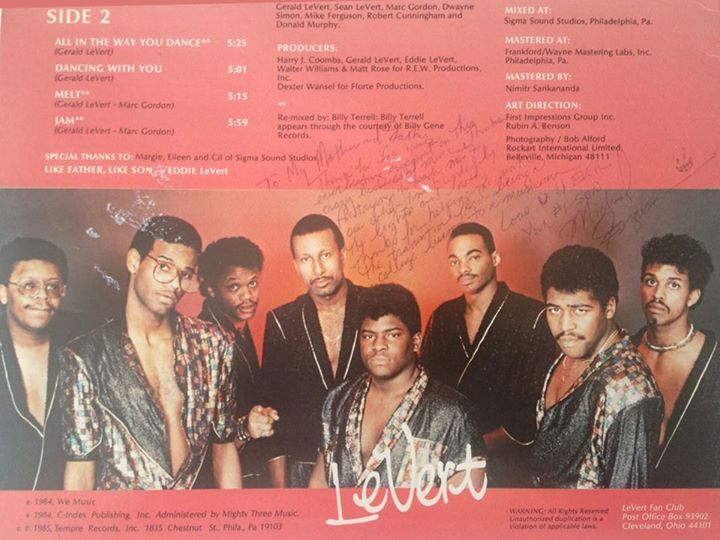 The pieces started falling into place for LeVert, with an appearance on Soul Train with Don Cornelius and their single “I’m Still” on the Billboard R&B Soul charts, definitely helped fuel the fire. Now, those long rehearsals started paying off for young group, booking gigs all over the country, opening up for national acts like The Temptations, One Way & of course The O’Jays. One gig in particular, in Washington D.C., brought the industry out, and that night was magical, cause LeVert put it down so hard, that Atlantic Records VP, Hank Caldwell, went backstage to congratulate the guys on their impressive show, then offered them a record deal… They were excited about the opportunity but weren't so sure on how real it was… and then, the very next week, Gerald, Marc & Sean received recording contracts from Atlantic Records, needless to say, they signed the deal and these young men from Cleveland Ohio, made history… They knew that if given a fair look, the music would speak for itself, and so it did- over and over again. The hit making duo of Marc Gordon & Gerald Levert formed Trevel Productions in 1987 and initially signed on the Rude Boys who gained tremendous success from their No #1 hit Written All Over Your Face and Men at Large with their hit single So Alone. 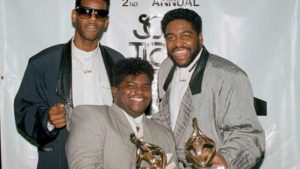 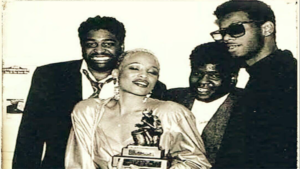 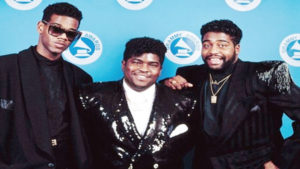 In 1987, LeVert earned a Grammy nomination for Best R&B Performance by duo or group with vocal - "Casanova"

Whether churning out hits for LeVert or creating hot tracks for other artists, Marc & Gerald had the “Midas Touch”. For more than 10 years, They’ve produced, wrote on or developed other successful recording artists such as Troop, Mikki Howard, Stephanie Mills, The O’Jays & Anita Baker and many others… Marc & Gerald followed the beat of their own drum and left a lasting impression in the hearts and minds of R&B/ Soul music lovers across the world. 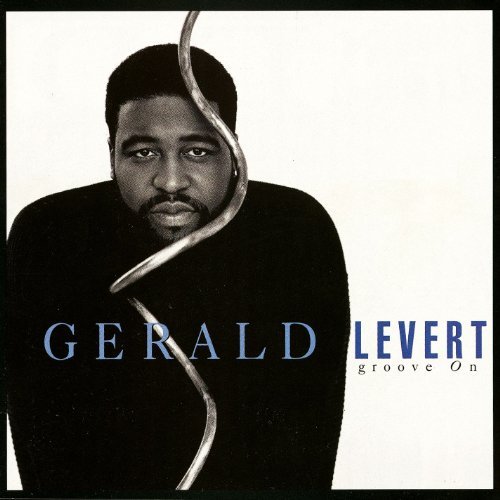 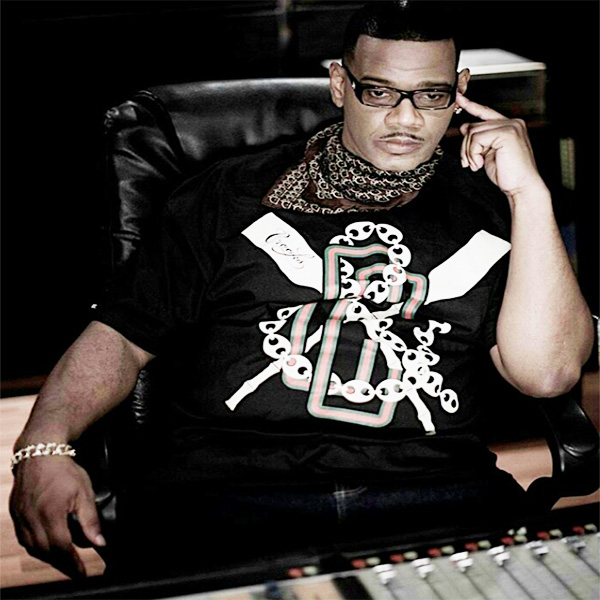 In pursuit of greater heights in 1995, all the group’s members decided to pursue individual opportunities. Gerald Levert went on to conquer the music industry as a successful solo artist, songwriter, producer and actor. Marc Gordon relocated to Los Angeles and continued producing and writing, with a variety of successful recording artists such as IMX, Marques Houston and Musiq Soul- Child. Sean Levert also pursued a solo career and often performed with both his father and brother. He added actor to his resume and appeared in several inspirational stage plays. All three, soon acknowledged their yearning to reunite and give their loyal fans more music... 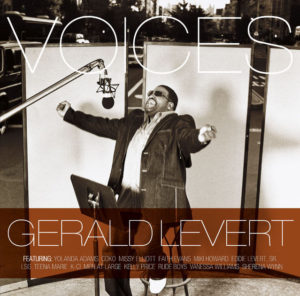 In 2004, Gerald, Marc & Sean went back in the studio & worked on a LeVert reunion, in which one of the songs, "I Like It" was featured on "Voices", a compilation of  previously released collaborations of Gerald on Atlantic Records. 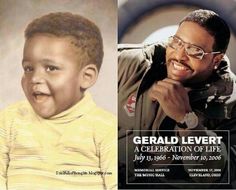 With seven songs recorded the LeVert reunion was under way but before it could happen, tragedy struck on November 10, 2006 and the music world lost the timeless voice of Gerald Levert. 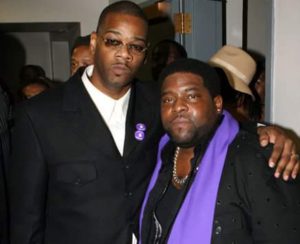 With heavy hearts Marc and Sean picked up the pieces and focused on the future.... 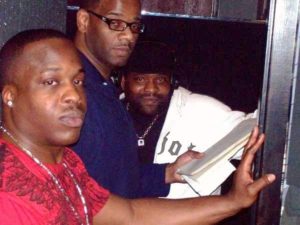 With the blessing of their patriarch Eddie Levert, they went back into the studio. After diligently searching to find a third member who possessed all of the right qualities, Marc recruited new member, “Blaq Rose” and their chemistry was undeniable. 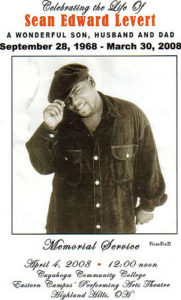 Then while putting the final touches on the new record dedicated to Gerald, the unthinkable happened again on March 30, 2008, they've now lost Sean… at the crux of a new beginning. 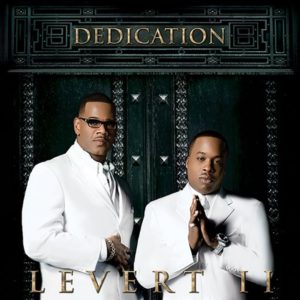 "Dedication" was originally dedicated to Gerald and then Sean after we loss him.

Marc says, “The loss of Gerald & Sean, has been devastating emotionally”… as he pulled himself together once more, knowing the obstacles but felt this is exactly what Gerald & Sean would have wanted him to do. So he moved forward in a positive direction, with a positive attitude... and in 2009, through his 9311 Entertainment Group released "Dedication" with Sean's final recordings that also featured The O'Jays (read more) 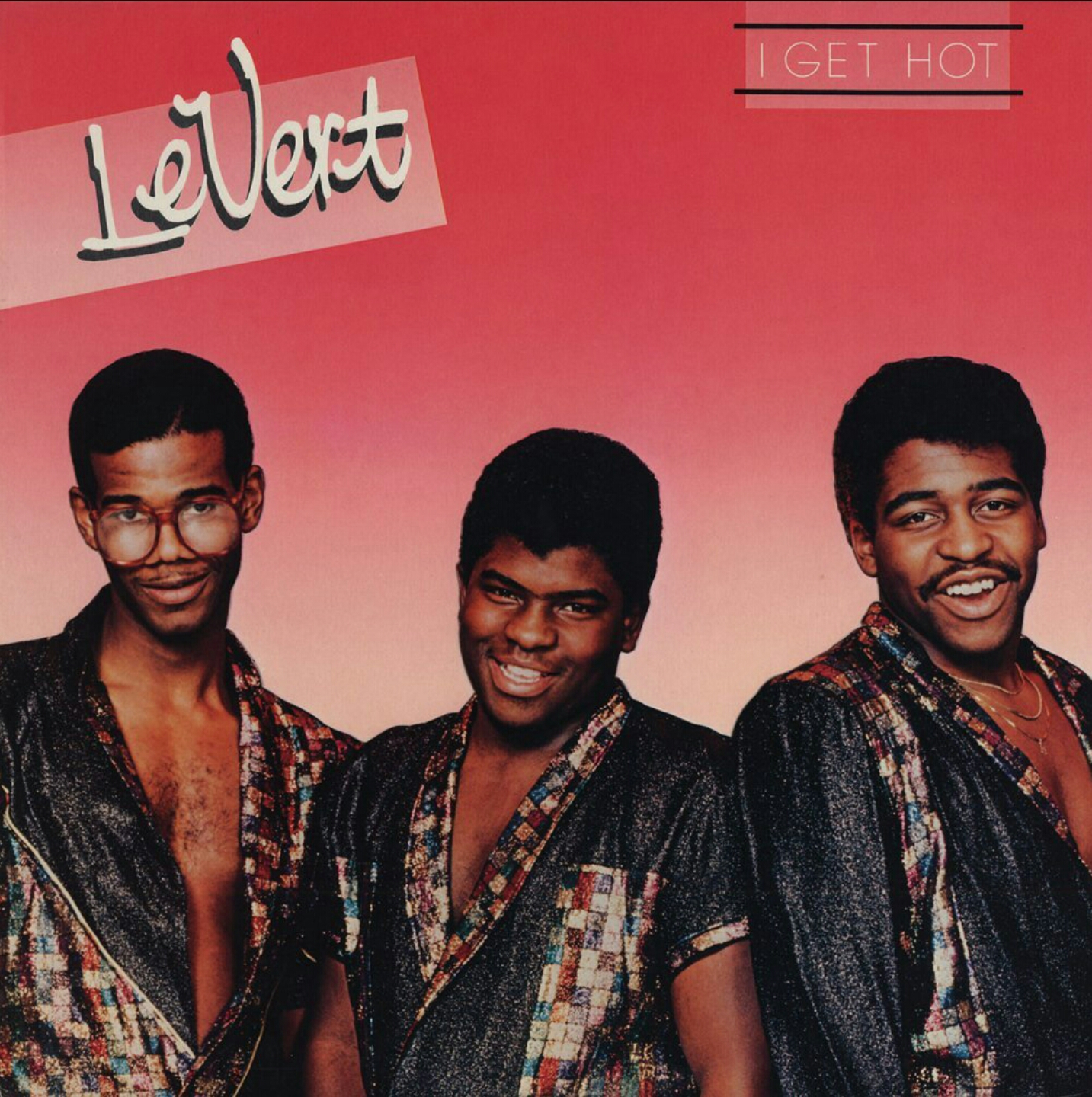 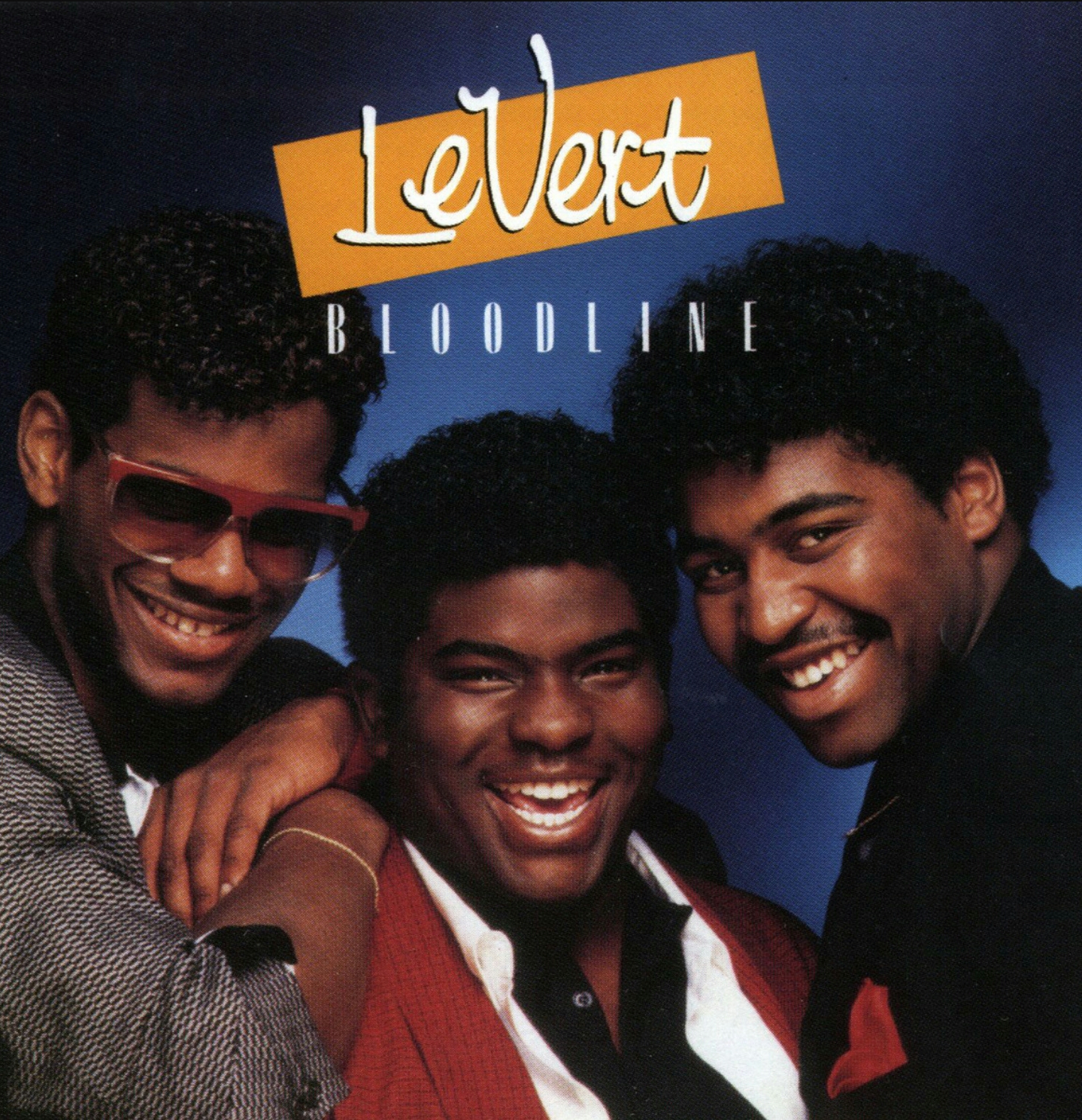 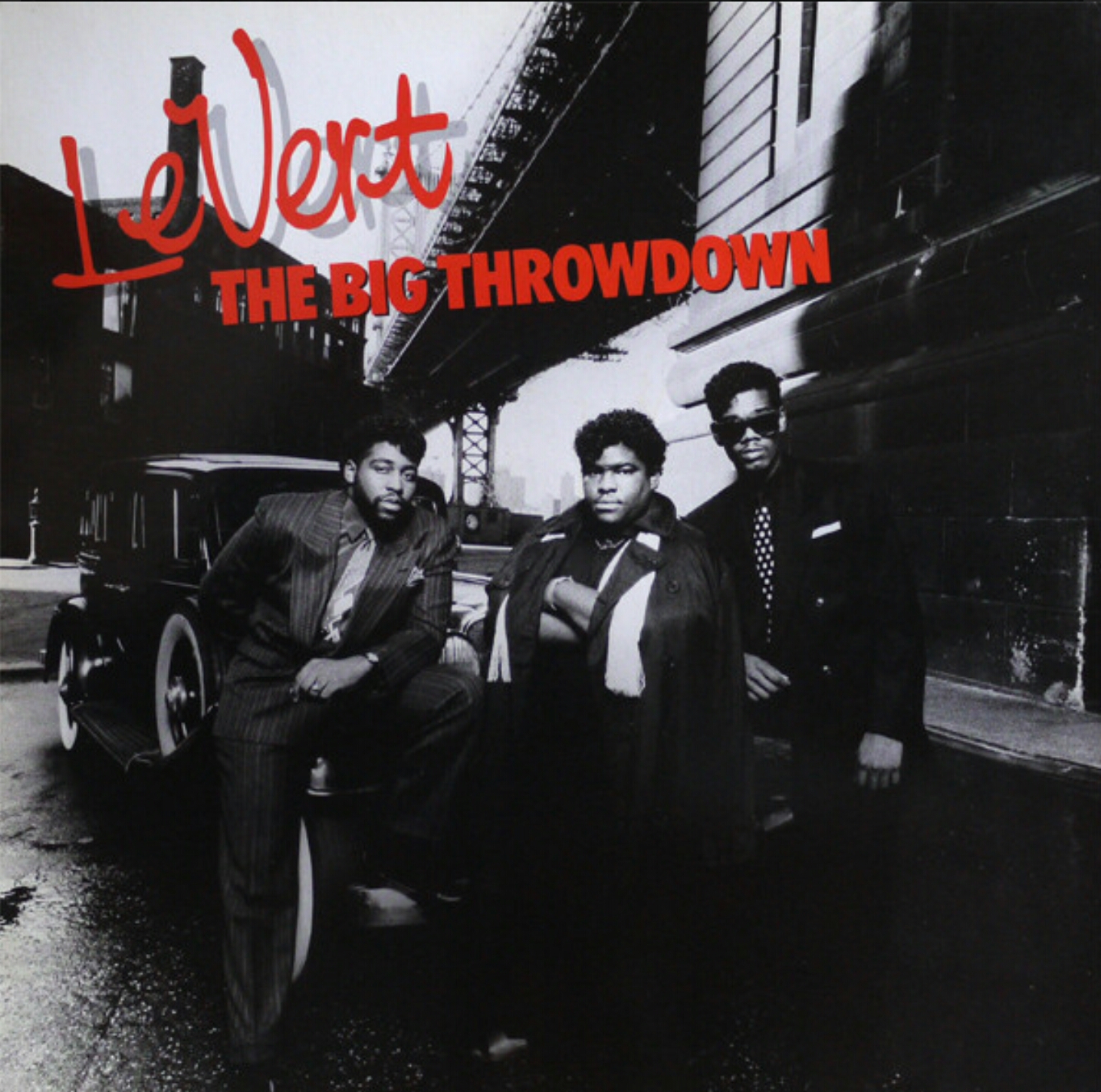 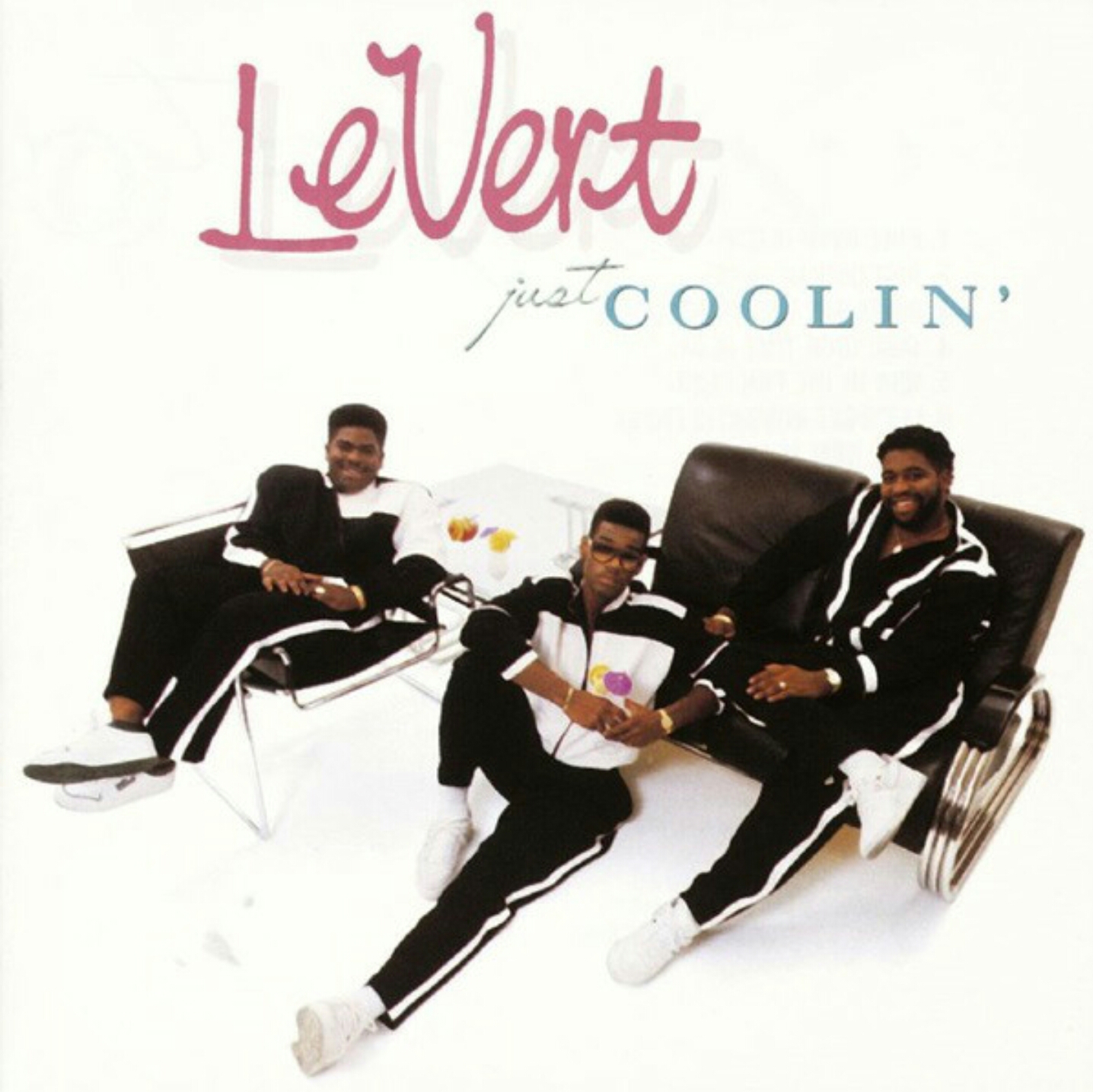 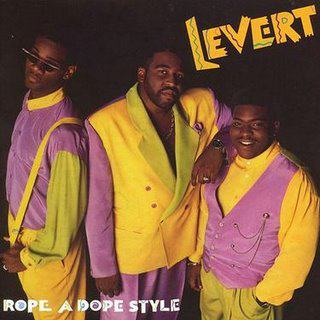 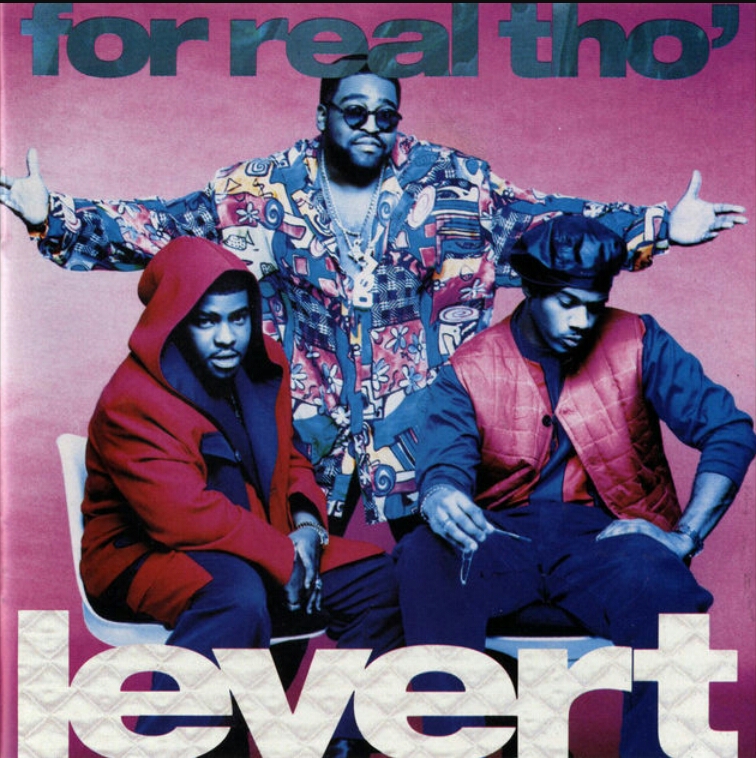 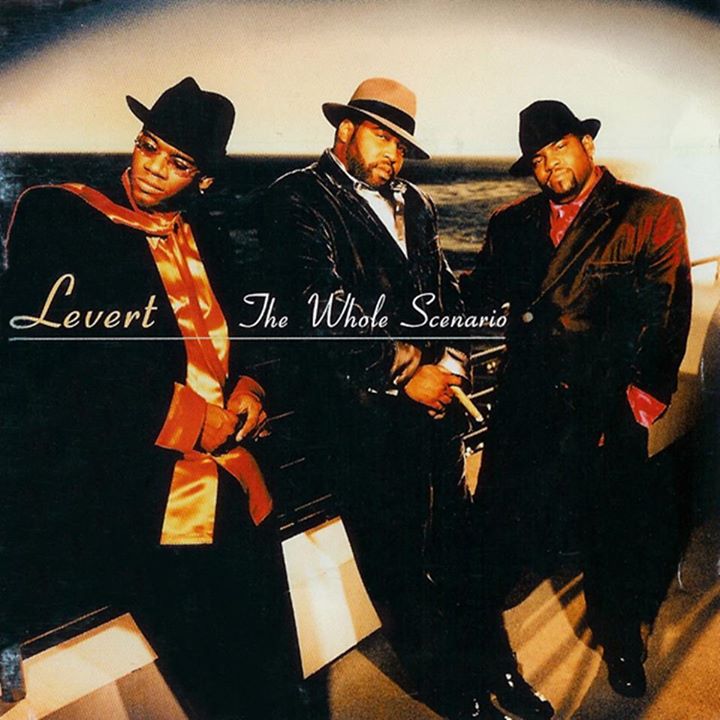 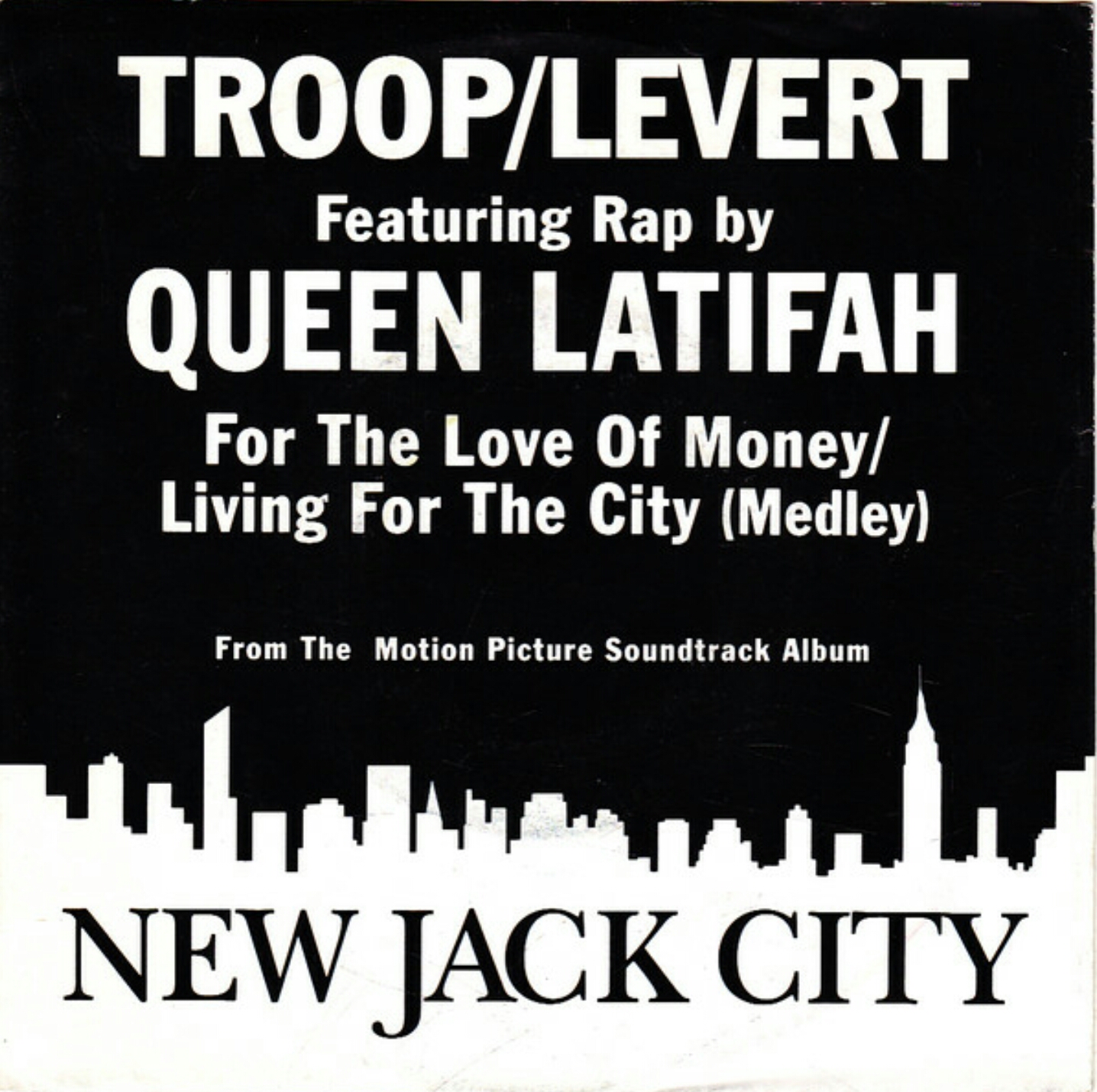 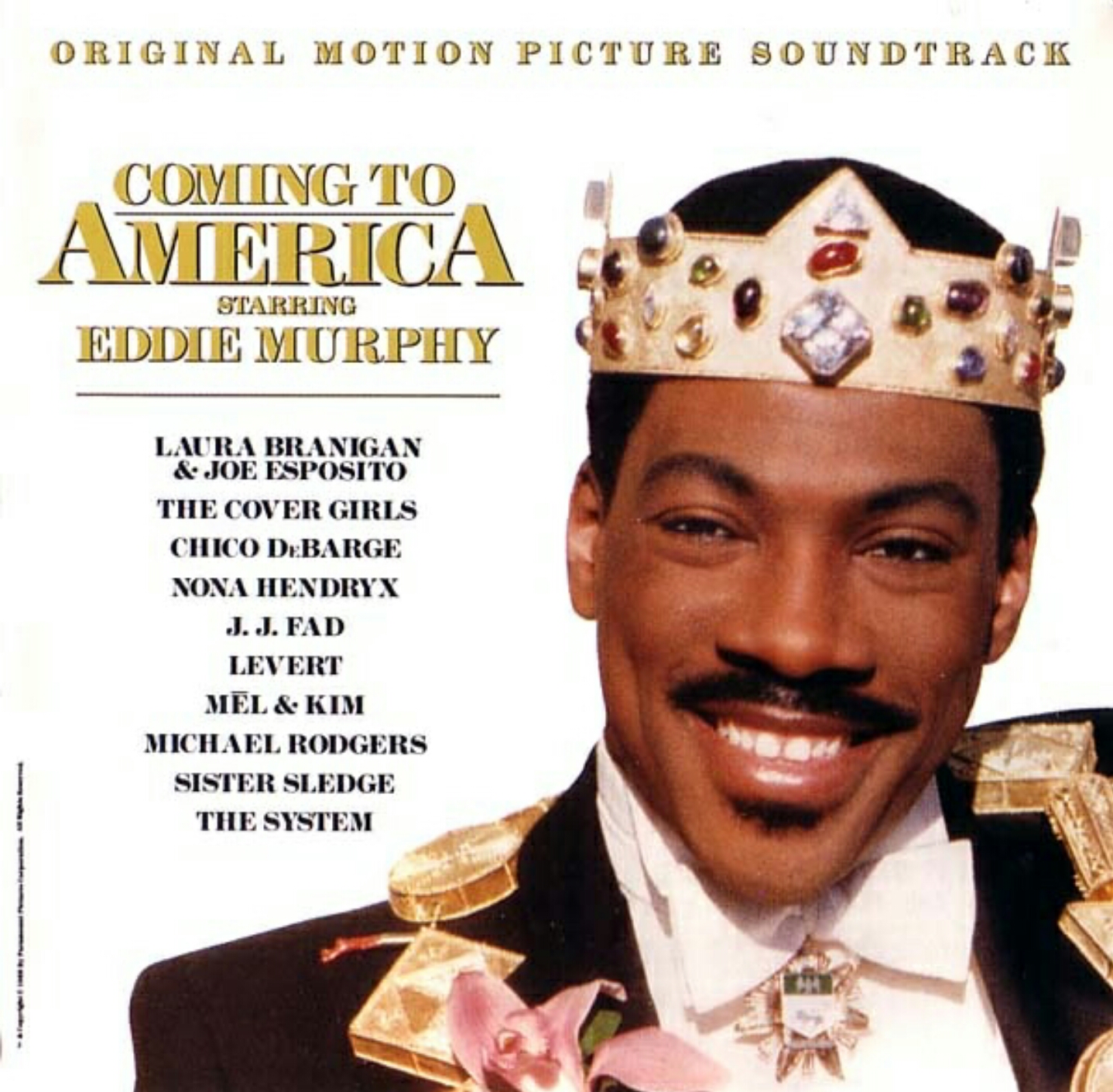 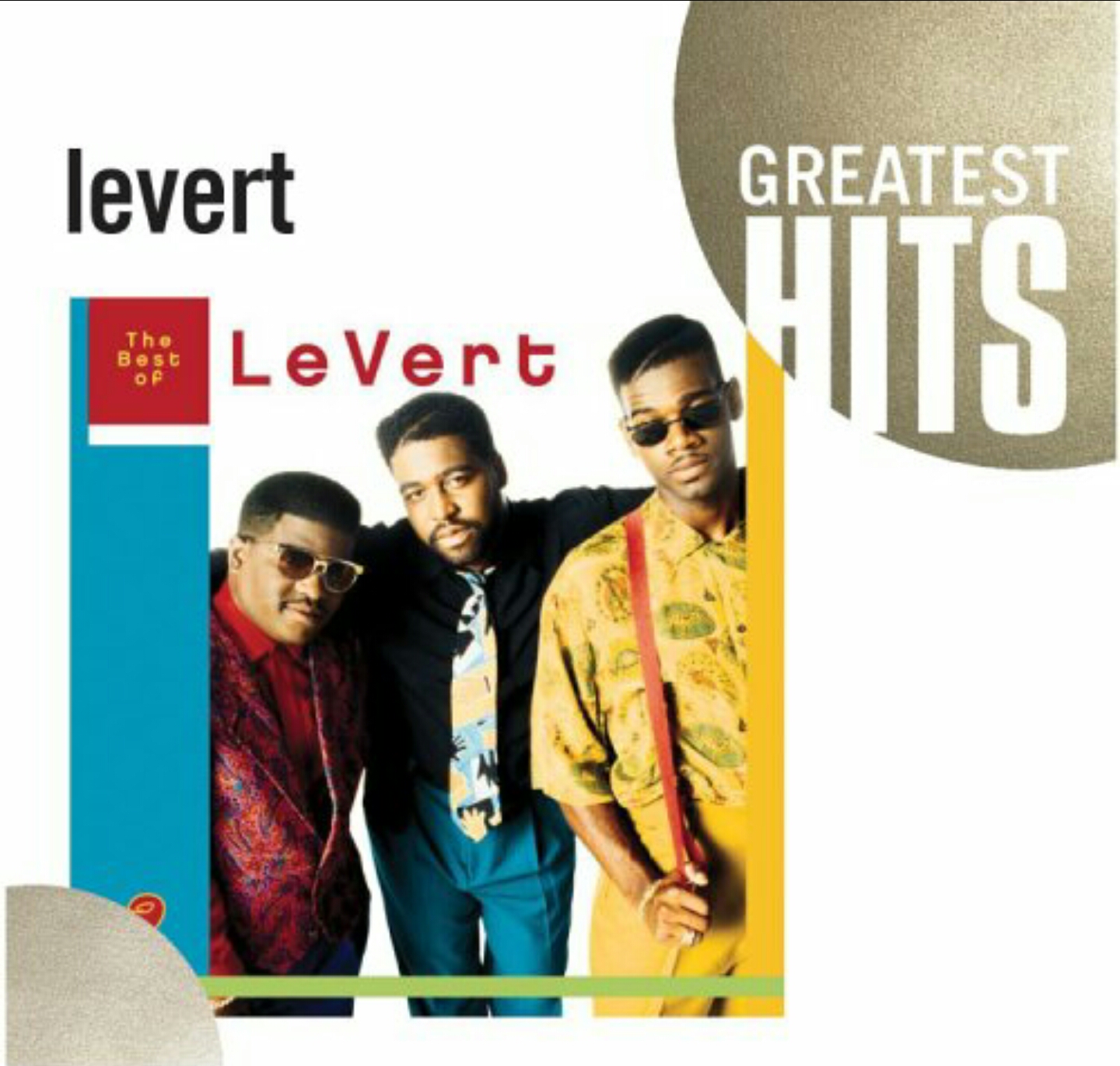 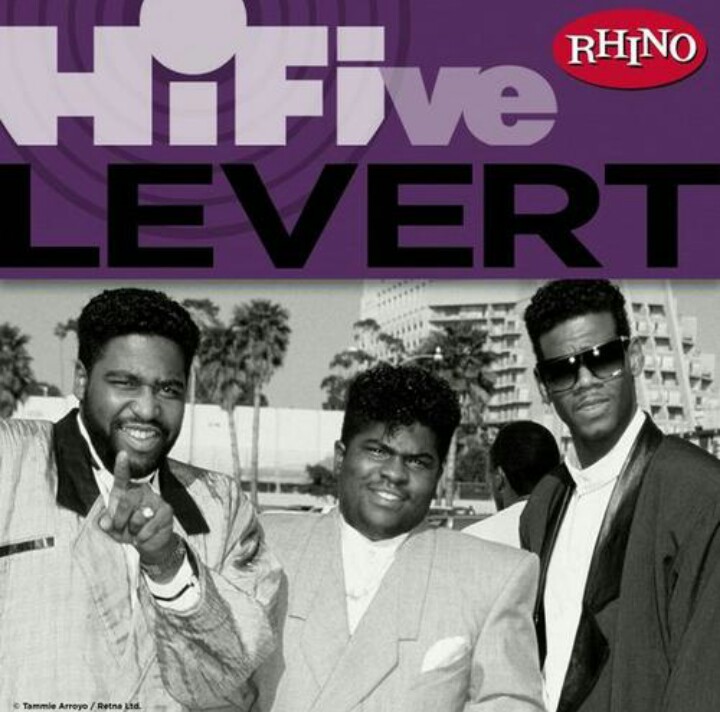 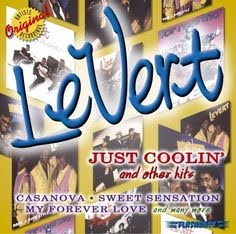 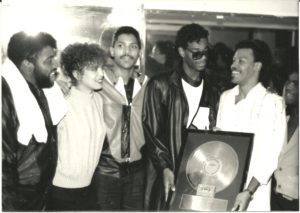 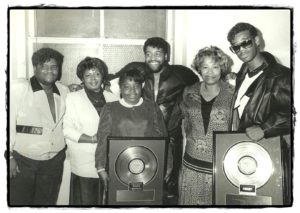 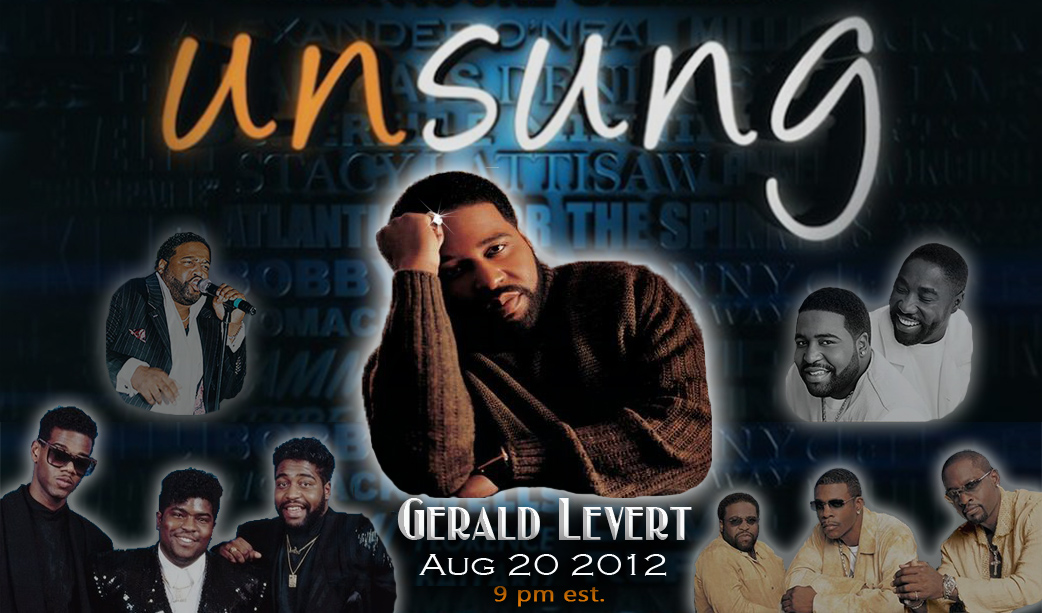