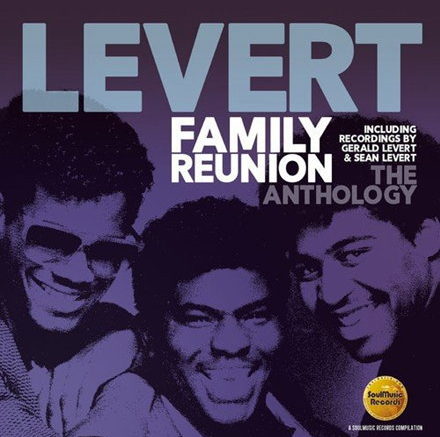 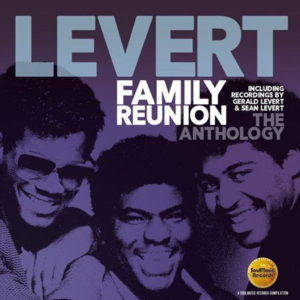 • SoulMusic Records is very proud to present “Family Reunion,” a first-of-its kind anthology with eight tracks by the trio, brothers Gerald and Sean Levert and longtime friend Marc Gordon; sixteen solo cuts by Gerald; Sean’s solo hit single; and a number of duets including recordings between Gerald and soul songstress Miki Howard, tracks with his father Eddie (of The O’Jays) and with brother Sean; and one track featuring all three members of one of soul music’s first families.

• The trio LeVert was formed in the mid-‘80s and after one album with an independent label, the team signed with Atlantic Records and began a five-year run of US R&B hits which included six charttoppers including 1987’s “Casanova,” which became LeVert’s biggest mainstream single and is featured here in a rare dance mix. Other key LeVert hits on this 32-track 2-CD set (compiled and remastered by Donald Cleveland) include “(Pop, Pop, Pop, Pop) Goes My Mind,” “Addicted To You” (from the Eddie Murphy film Coming To America) and “Just Coolin’” (featuring rap pioneer Heavy D).

• Gerald Levert’s first success as a solo artist came with his soulful 1987 duet with Miki Howard, “That’s What Love Is” (included here in a nearly seven-minute-long extended version); in 1991, the singer/ came with “Private Line,” the first of twelve R&B charted singles on this anthology including “Answering Service” (via a Heavy D radio remix), “Thinkin’ About It,” “School Me,” “Can’t Help Myself” (via a rare R. Kelly remix), “Taking Everything” (Gerald’s biggest US pop hit, on here via a Soap Opera Remix Extended Version) and “In My Songs,” the title cut of his final album, released in 2007 in the wake of his untimely passing in 2006.

• A series of duets with his famed father Eddie – notably “Baby, Hold On To Me,” (a No. 1 US R&B hit), “Already Missing You” and a memorable reading of the pop classic, “Wind Beneath My Wings” – cemented Gerald’s status as one of the pre-eminent soul singers of his generation. A solo entry from younger brother Sean (who passed away in 2008) – including the rare VH1 mix of “Put Your Body Where Your Mouth Is” – along with the ‘family’ track “Same One” (featuring Sean, Gerald and Eddie) complete this superb anthology which includes notes by renowned writer Kevin Goins.